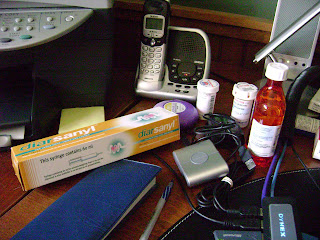 My desk. Antibiotics on the right for me. Anti-diarrheal on the left for her... 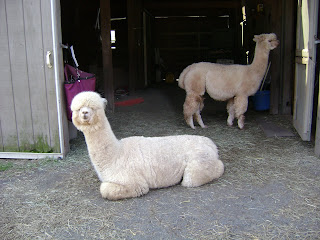 We arrived at the Mid-Atlantic Alpaca Show in Harrisburg last Thursday for a 3-day show. Three alpacas from our farm along with our buddies from Almosta Ranch, The Alpaca Cottage, and Sunrose Alpacas. They had sod on the floors of the stalls and we reckon that between her eating the sod and nerves from being away from home, it wrecked havoc on her digestive system. Alpaca "poo" is commonly described as "beans"--looking very much like the name suggests. Anything other than the bean presentation is not normal and suggests something is awry. Poor Jewel went through so many stages of stomach unrest in 48 hours, finally ending with a full blown tidal wave. Fortunately, she had already garnered a red ribbon and was not being shown anymore when that happened. After using various remedies after a call to the vet, a cow doctor (and alpaca farmer who was at the show from Quarryville) came to our rescue with Diarsanyl--a kind of Pepto-Bismal for dogs, foals and calves...and alpacas. It stopped the flow and all was well. During all of this, I got a particularly bad case of bronchitis and ended up at the doc myself. What a weekend. 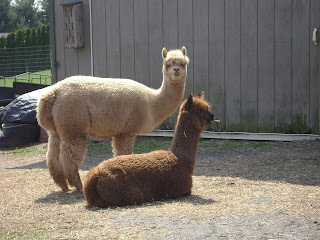 "Nothing's wrong with our poo," says Leah and her baby Woody. 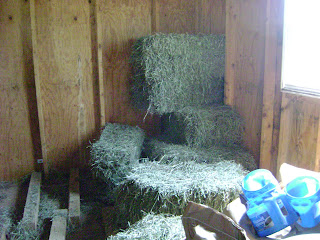 Over 80 bales...that's what we went through since late August, 2010. We were down to a mere 8 bales, which certainly won't get ya through until second cutting (the good stuff) in June. 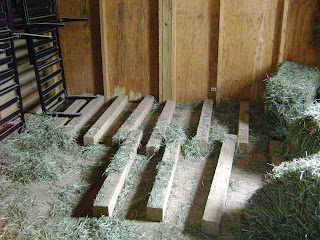 Enter Alan the hay farmer. Alan grows the good stuff that gets us through the months when the pastures are no more. He's one of the good guys, taking pity on my illness and delivering a measly 20 bales to get us through. 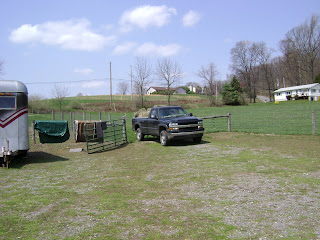 I waited for Alan by the coldframe which is surrounded by straw bales in contractors garbage bags. We surrounded the frames with them, which kept things nice and toasty for little plants. The bales also double as a farmer's chaise lounge. I figured that it looked like a good thing to do. Sit and wait for Alan, drink my water, and get some sun. It also invited Stella...a great barn cat who also doubles as a great "people" cat. 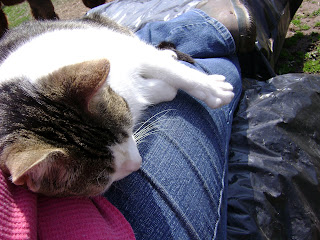 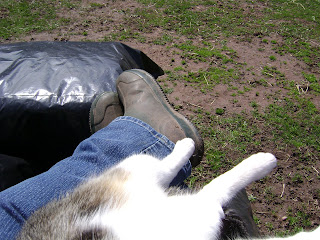 Very energetic blog, I enjoyed that bit. Will there
be a part 2?