Blizzard's from DQ are Better 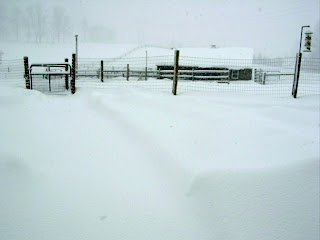 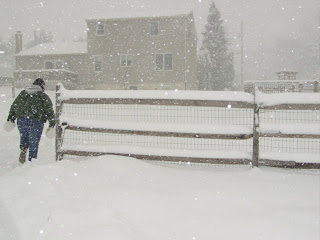 Alpacas are wise animals...they step outside just for a minute and then it's right back into the barn. 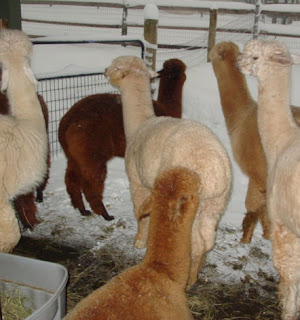 After Saturday's storm, we were able to snowblow a track for the alpacas to go out and walk for a bit, but now it's back to square one. 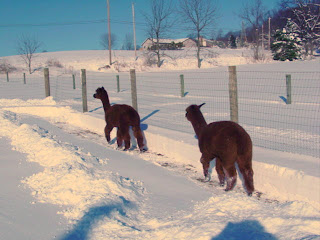 In the interest of being scientific...I present Saturday's snowline (dirt line in the crosssection), with today's accumulation thus far... 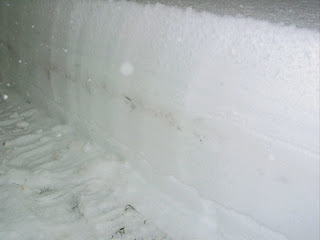 As the happy owners of a killer snowblower (Cub Cadet with tank-style wheels), we are in as good a position as any to handle what Mother Nature can throw our way. But this snow, well, it was certainly pushing the limits. First pass with shovels and snowblower was at 9AM. Second pass was at 1:30 PM. Now...we're just waiting it out. 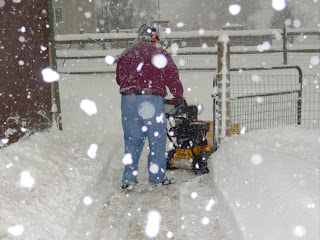 But here's the philosophical view of our snowy situation... As an office dwelling worker (even though it's a home office, ya still gotta work), I don't have too many reasons to venture out into the elements. But now I do. The animals need me. To lug feed, water, hay, clean up after them. And in return they give us fleece to spin, weave and sell, and hopefully four new babies in June. I know much more about how things work in our year and a half of full-time small-time farming....when the sun comes up, when it goes down, and when it looks like rain. I've learned what good hay looks like and the smell of a great sweet feed.
And even in lousy weather like this...making a plan to deal with the snow, doing the best you can, and still losing the battle...well, it makes one feel alive. And I guess that's what it's all about.
Posted by Jo Griffith, Len Smith at 4:42 PM No comments: